Cerebral infarction, also known as ischemic stroke, occurs when the blood supply of the brain is interrupted due to the occlusion of an artery that results from thrombosis or embolism. If the infarction is detected during the first hours, a thrombolytic treatment can be given in an attempt to unblock the artery. The extent of the stroke depends on the size of the occluded artery. If the occluded artery is large, a high volume of the brain tissue becomes infarcted which can cause increased intracranial pressure. In this situation a decompressive craniectomy might be considered. Decompressive craniectomy does not reduce the neurological impairment caused by the stroke, but it helps to relieve the increased intracranial hypertension that can be life threatening. The cranial bone defect can be reconstructed afterwards with a computer-designed cranioplasty. 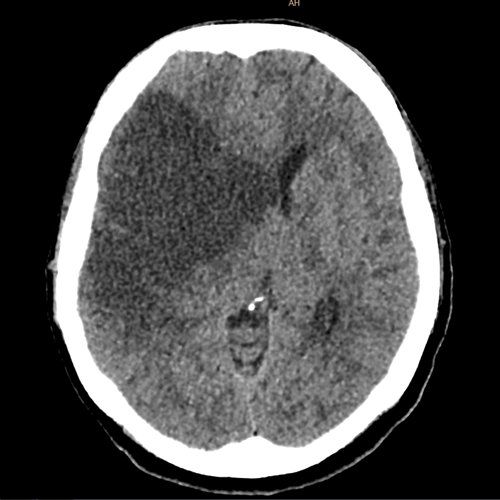 For your convenience, you can also request an appointment online